Actor Cameron Mathison is most famous for his portrayal of Ryan Lavery on the soap opera, All My Children. He has also played prominent roles in the films 54 and Washed Up. His television credits include CSI: Crime Scene Investigation, The Drew Carey Show, Castle, and Hot in Cleveland. Born Cameron Arthur Mathison in Sarnia, Ontario, Canada, he is the son of Loretta and Bill Mathison. He attended Thornlea High School in Thornhill, Ontario, Canada, and studied civil engineering at McGill University. Since 2002, he has been married to Vanessa Arevalo, with whom he has a son, Lucas and a daughter, Leila. 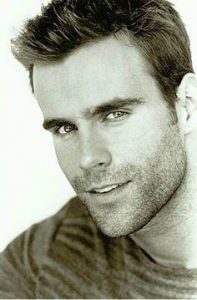 Cameron Mathison Facts:
*He was a contestant on the 5th season of Dancing With the Stars.
*He was voted one of America’s 100 most eligible bachelors in People Magazine in June 2000.
*February 1999, he appeared on the cover of Playgirl magazine.
*Follow him on Twitter, Facebook and Instagram.