Camille Grammer is an American television personality best known for her appearance in The Real Housewives of Beverly Hills. She owns half of Grammnet Productions, which produces TV shows like Medium. Camille started her career as a dancer, model, and actress, and worked as a producer and writer for Grammnet Productions. 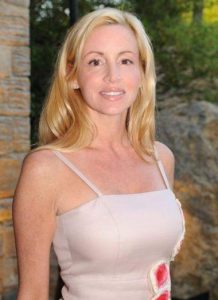 Camille Grammer Facts:
*Her father is a financial adviser, who still worked in New York City as of 2011.
*She was an MTV dancer.
*She was in the film Deconstructing Harry, directed by Woody Allen.
*She had a guest role on an episode of Fraiser alongside her ex-husband Kelsey Grammer.
*Follow her on Twitter, Facebook and Instagram.