Carina Wiese is a German actress who has performed in theatre, radio dramas, feature films and a variety of popular German TV shows of different genres. She is known for her roles in television, such as Dark, Die verlorene Tochter, SOKO Wismar, Alarm für Cobra 11, Deutschland 83, and Deutschland 86, and in the films The Cloud, KussKuss, Effi Briest, Everyone Else, Three, The Tower, and the 2018 The Silent Revolution. Born Carina Nicolette Wiese on February 26, 1968 in Dresden, Germany, Wiese started acting at a youth theatre in Pirna from a young age. She studied acting at Theaterhochschule Leipzig. She is married and has a son, born in 1992. 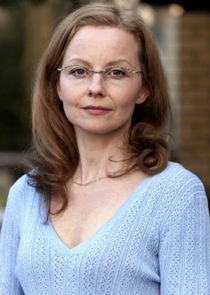 Carina Wiese Facts:
*She was born on February 26, 1968 in Dresden, Germany.
*She studied acting at the School of Drama “Hans Otto” in Leipzig.
*She was a member of the ensemble of the Schauspiel Leipzig from 1991 to 1993.
*She is a member of The German Film Academy.
*In 2006, she started teaching as a lecturer at the acting school Art of Acting Berlin and at Hochschule für Musik und Theater Leipzig from 2011 to 2013 with a focus in “working in front of the camera”.
*Visit her official website: www.carinawiese.de
*Follow her on Facebook and Instagram.