Caroline Flack is a British television and radio presenter. She is best known for hosting The Xtra Factor (2011–13), I’m a Celebrity… Get Me Out of Here NOW! (2008–10), Strictly Come Dancing (2014), Love Island (2015–present), and The X Factor (2015). She replaced Kirsty Gallacher as co-host of Gladiators with Ian Wright for the second series on Sky1 in 2009. She also hosted British TV’s This Morning. Born as Caroline Louise Flack on November 9, 1979 in London, England, to Ian and Christine Flack, she has a twin sister named Jody Flack. She was educated at Great Hockham Primary School and Wayland Community High School. She briefly dated Harry Styles in 2011. 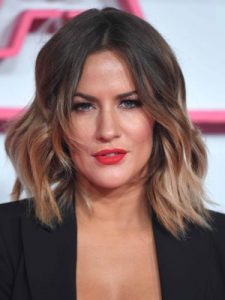 Caroline Flack Facts:
*She has a twin sister, Jody Flack.
*She used to work in an abattoir.
*She likes to play chess.
*She was named the 5th sexiest woman in the world in 2015 by FHM.
*Follow her on Twitter and Instagram.