Catherine Keener is an American actress. She is best known for her role as Maxine Lund in the 1999 film Being John Malkovich, for which she was nominated for the Academy Award for Best Supporting Actress. She was also nominated for the Academy Award for Best Supporting Actress for her role as Harper Lee in the 2005 film Capote. Her other notable film appearances include: Into the Wild, Living in Oblivion, Hamlet 2, The 40-Year-Old Virgin, Percy Jackson & the Olympians: The Lightning Thief and Synecdoche, New York. Born Catherine Ann Keener on March 23, 1959 in Miami, Florida, USA, to Evelyn and Jim Keener, she was raised in Hialeah, Florida. She belongs to Irish and Lebanese descent. She attended a Catholic high school, Monsignor Edward Pace High School, Miami, Florida, and graduated in 1983 from Wheaton College in Norton, Massachusetts. She married Dermot Mulroney in 1990, and the couple had a son named Clyde in 1999 before getting divorced in 2007. 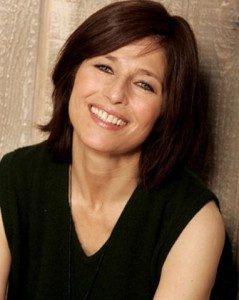 Catherine Keener Facts:
*She was born on March 23, 1959 in Miami, Florida, USA.
*She is of Irish descent on her father’s side and of Lebanese descent on her mother’s side.
*She is the older sister of actress Elizabeth Keener.
*She was raised Roman Catholic and attended Catholic schools.
*She graduated in 1983 with her B.A. from Wheaton College.
*She used to work as a manager at a New York City McDonald’s after graduating from college.
*She is good friends with actress Jennifer Aniston.