Catherine O’Hara is a Canadian-American actress, comedian and writer who achieved recognition as one of the original cast members on the Canadian television sketch comedy show SCTV. From 2015 to 2020, O’Hara starred as Moira Rose in the CBC sitcom Schitt’s Creek, for which she has won five consecutive Canadian Screen Awards for Best Lead Actress in a Comedy Series and earned two nominations for the Primetime Emmy Award for Outstanding Lead Actress in a Comedy Series, winning in 2020. She also appeared in many films, notably After Hours, Beetlejuice, Home Alone, and The Nightmare Before Christmas. Her character vocal work includes Jackie Martin in Glenn Martin, DDS, Miss Malone in The Completely Mental Misadventures of Ed Grimley, Kaossandra in Skylanders Academy and Liz Larsen in Committed. She has also hosted Saturday Night Live twice and made numerous guest appearances on sitcoms, variety shows, and late night television. She has also done voice work in such animated films as Chicken Little, Monster House, and The Nightmare Before Christmas. O’Hara’s other notable works include Unfortunate Events, Six Feet Under, Committed, and Temple Grandin. 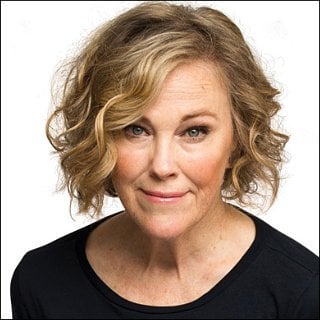 Born Catherine Anne O’Hara on March 4, 1954 in Toronto, Canada, to a family of Irish Catholic descent, she is the sister of critically acclaimed singer-songwriter Mary Margaret O’Hara. O’Hara studied at Burnhamthorpe Collegiate Institute. She married production designer Bo Welch in April 1992. They have two sons, Matthew Welch and Luke Welch.

Catherine O’Hara Facts:
*Born on March 4, 1954 in Toronto, Canada, she is of Irish descent.
*She is one of seven children, and was raised Catholic.
*She started acting in local plays from a very young age, and started her comedy career in 1974 as a cast member of The Second City in her hometown, Toronto.
*She played Moira Rose in the award-winning series Schitt’s Creek.
*Her accolades include a Genie Award, a Golden Globe Award, two Screen Actors Guild Awards, two Primetime Emmy Awards, and six Canadian Screen Awards.
*She has dual American and Canadian citizenship.
*She was appointed an Officer of the Order of Canada in 2018 and was honoured with the Governor General’s Performing Arts Lifetime Artistic Achievement Award in 2020.