Cecilia Galliano is an Argentine naturalized Mexican actress, model, and television presenter who was the presenter of Sabadazo from October 2010 to June 2016. She is also known for hosting Los 100 primeros, Los 10 primeros, Hoy, and Coffee Enthusiast. From 2011 to 2012, Galliano played Violeta Ruíz Carballo / Demon Lucifer / Satan’s woman on the telenovela Una familia con suerte. Born Carmen de la Trinidad Galliano on October 5, 1981 in Marcos Juárez, Argentina, she worked as a model and waitress in a restaurant in front of the obelisk before becoming a television presenter. She married Argentine actor and model Sebastián Rulli in 2007, and the couple had a son named Santiago Rulli Galliano in 2010 before getting divorced in 2011. 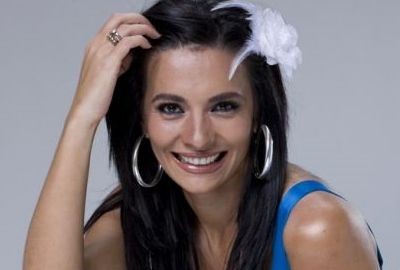 Cecilia Galliano Facts:
*She was born on October 5, 1981 in Marcos Juárez, Argentina.
*Her birth name is Carmen de la Trinidad Galliano.
*At 16 she went to Bueno Aires where she worked as a model and waitress in a restaurant in front of the obelisk.
*Alongside Omar Chaparro and Laura G, Galliano hosted Sabadazo from October 2010 to June 2016.
*Follow her on Twitter, YouTube, Facebook and Instagram.