American football wide receiver for the Oklahoma Sooners who has played two seasons for the Oklahoma Sooners and has started in 13 games in both his freshmen and sophomore seasons. He had career high of 8 receptions for 109 yards and 1 touchdown against the #1 Alabama Crimson Tide in the 2018 College football playoff Orange Bowl. CeeDee was named a first-team All-American after catching 62 passes for 1,327 yards and 14 touchdowns in 2019. He was a finalist for the Biletnikoff Award for best college football receiver. Born Cedarian Lamb on April 8, 1999 in Opelousas, Louisiana, to parents Leta Ramirez and Cliff Lamb, CeeDee attended John and Randolph Foster High School in Richmond, Texas. He committed to the University of Oklahoma to play college football. 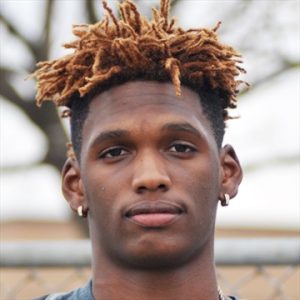 CeeDee Lamb Facts:
*He was born on April 8, 1999 in Opelousas, Louisiana, USA.
*His birth name is Cedarian Lamb.
*His father worked two jobs when CeeDee was going through school.
*As a true freshman at Oklahoma (2017), he played in all 14 games with 13 starts and had 46 receptions for 807 yards and 7 touchdowns.
*He announced he will declare for the 2020 NFL Draft on December 29, 2019.
*Follow him on Twitter and Instagram.