Celine Dion is a Canadian singer. She is best known for the hits “The Power of Love,” “It’s All Coming Back to Me Now”, “Because You Loved Me,” “My Heart Will Go On” and “I’m Your Angel.” Her accolades include five Grammy Awards including “Album of the Year” in 1996 for “Falling Into You” and “Record of the Year” for “My Heart Will Go On”. She won the Chopard Diamond Award for selling over 200 million albums. Born Celine Marie Claudette Dion on March 30, 1968 in Charlemagne, Quebec, she grew up in a close-knit musical family. Her father Adhemar Dion was a butcher while her mother Therese Tanguay was a homemaker. She belongs to French-Canadian descent. She was married to ené Angélil until his death in 2016. She has three children together, Rene-Charles, Eddy and Nelson. 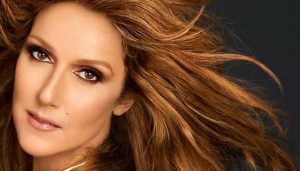 Celine Dion Facts:
*The youngest of 14 children, Dion was born in Charlemagne, Quebec, Canada.
*She was named after the song Céline recorded in 1964 by French singer Hugues Aufray.
*She is fluent in French and English.
*She enjoys playing golf.
*She has her own magazine called “Celine Dion Magazine”.
*She has her own brand of perfume Celine Dion: Parfum.
*She has more than 500 pairs of shoes.
*She named one of her children Nelson in honor of former President of South Africa Nelson Mandela.
*She is the 2nd best-selling female artist in the US during the Nielsen SoundScan era.
*She first met her manager and future husband René Angélil when she was age 12 and he was age 38.
*Visit her official website: www.celinedion.com
*Follow her on Twitter, YouTube, Facebook and Instagram.