Chanel Iman is an American model, best known for being a Victoria’s Secret Angel. She walked the Victoria’s Secret Fashion Show in 2009, 2010 and 2011 and became a Victoria’s Secret Angel in 2010. She has appeared in numerous editorials for magazines like Allure, Dubai, American, and Ukrainian Harpers Bazaar, V, i-D, Pop, Italian, British, and Indonesian Elle, Italian Vanity Fair, and several international Vogues. She has also walked runways for Stella McCartney, Yves Saint Laurent, Balenciaga, Gucci, Max Mara, Versace, Michael Kors, Tommy Hilfiger, Dior, Michael Kors, Hugo Boss, Ralph Lauren, Dolce & Gabbana, Kenzo, Hermés, Louis Vuitton, Alexander McQueen, Roberto Cavalli, Marc Jacobs, DSquared2, John Galliano, and Bottega Veneta. Vogue (Paris) declared her as one of the top 30 models of the 2000s. As an actress, she has appeared in the films Dope (2015), and Mad Families (2017). Born Chanel Iman Robinson on December 1, 1990 in Atlanta, Georgia, USA, to parents China Robinson and Tic Price, she was raised in Los Angeles, California. She is of African American descent on her father’s side, and of half Korean and half African American descent on her mother’s side. She started modeling when she was 12 with Ford Models. She has been married to New York Giants Wide Receiver Sterling Shepard since March 3, 2018. Together they have one daughter, Cali Clay Shepard. 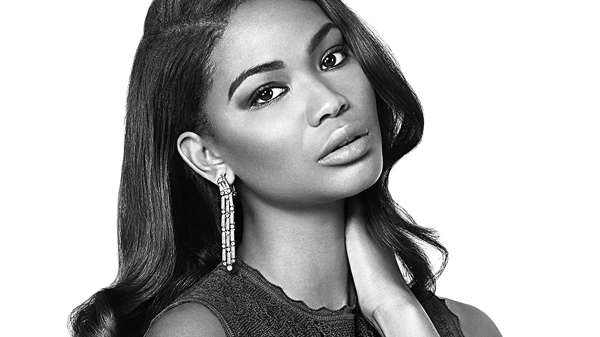 Relationships / Affairs / Boyfriend:
She was in a relationship with rapper A$AP Rocky in 2013.
She briefly dated American professional basketball player Jordan Clarkson (2015).
In 2016, she began dating wide receiver, Sterling Shepard. They became engaged on December 2, 2017 and married on March 3, 2018.

Chanel Iman Facts:
*She was born on December 1, 1990 in Atlanta, Georgia, USA.
*She is of Afro-Asian descent.
*She began modeling with Ford Models as a child model.
*She became a Victoria’s Secret Angel in 2010.
*She can play the piano.
*Visit her official website: www.chaneliman.com
*Follow her on Twitter, Facebook and Instagram.