Stephanie Tency is a Dutch actress, model, host, and beauty pageant titleholder. She won the title of Miss Universe Netherlands 2013 and competed in the Miss Universe 2013 competition, where she placed in the top twenty. In 2014, she quit her modeling and presenting career to start her own business called ‘Tency Productions’. In 2016, she become an assistant on the Dutch version of Wheel of Fortune. Born on December 12, 1990 in Amsterdam, Netherlands, she belongs to American, Indonesian, German, and Armenian descent. She studied fashion styling media. She was crowned Miss North Holland, and then went to earned her spot in the Miss Universe Netherlands pageant. She represented her country (Netherlands) at the Miss Universe 2013 pageant. 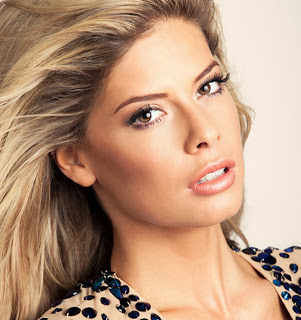 Stephanie Tency Facts:
*She was born on December 12, 1990 in Amsterdam, Netherlands.
*Her ancestry includes American, Indonesian, German, and Armenian.
*She was crowned Miss Universe Netherlands 2013.
*She placed 17th at Miss Universe 2013.
*In 2014, she launched her own business called Tency Productions.
*She becanme an ambassador for Free a Girl and Energy4All.
*Visit her official website: www.stephanietency.com
*Follow her on YouTube, Facebook and Instagram.