Chantal Quesnel is a Canadian actress and voice actress who has voiced over 100 Radio and TV commercials. She is perhaps best known for her role as Yvonne Bernini on Paradise Falls, shown nationally in Canada on Showcase Television (2001–2004). Quesnel provided her voice for Sally Uberchick, Ann Droid in the animated television series Zeroman, which starred Leslie Nielsen. She appeared in Don Mancini’s film Curse of Chucky, and portrayed the role of “The Cougar” in SpikeTV’s Blue Mountain State. She has also appeared as a guest-star in several television series such as Odyssey 5, Sue Thomas: F.B.Eye, Goosebumps, La Femme Nikita and Forever Knight. 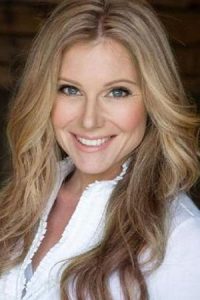 Chantal Quesnel Facts:
*She was born in 1971 in Ottawa, Canada.
*She has a Bachelor of Music from McGill University.
*She starred as Yvonne Bernini in Paradise Falls, a soap opera on Showcase Television.
*She speaks French and German fluently.
*Follow her on Instagram.