Victoria Snow is a Canadian actress. She is mainly known for her recurring roles as Mary Margaret Skalany in Kung Fu: The Legend Continues and Dee White in Cra$h & Burn. She is also known for her starring role as Frances Hunter in the television series Paradise Falls. She has also had supporting or guest roles in the series 9B, E.N.G., Queer as Folk, Blue Murder, Katts and Dog, The Newsroom, Traders, Total Recall 2070, This Is Wonderland, Flashpoint, Republic of Doyle, Warehouse 13, Haven and Slasher, the television films True Confessions of a Hollywood Starlet, Anne of Green Gables: The Continuing Story, Thicker Than Blood: The Larry McLinden Story and Waking Up Wally: The Walter Gretzky Story, and the theatrical films Stardom and Millennium. 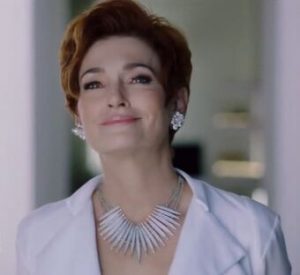 Victoria Snow Facts:
*She was born in Ancaster, Hamilton, Canada.
*She had her first break as an actress when she was promoted from a minor role to the lead in a Stratford Festival production of the musical Happy New Year in 1979, after original lead Virginia Sandifur was forced to withdraw due to illness.
*She is a two-time Gemini Award winner, winning Best Lead Actress in a Dramatic Program or Mini-Series at the 3rd Gemini Awards in 1988 for Daughters of the Country and Best Guest Performance in a Series at the 5th Gemini Awards in 1990 for an episode of Street Legal.