Chelsea Gilligan is an American actress, model and beauty pageant titleholder who won Miss California Teen USA 2011 beauty pageant. As an actress, she rose to prominence by portraying the role of Teri in the CW science fiction series Star-Crossed. She played Joan in the 2016 horror film Door to the Other Side. Gilligan’s other credit include How I Met Your Mother, Victorious, Big Time Rush, Friends with Benefits and Savage. Born Chelsea Lauren Gilligan on May 27, 1991 in Orange County, California, USA, she was raised by her mother and stepfather, Roger Neal. Her brother Roger and sister Bianca are both singers and dancers. Playing the role of Molly, she made her debut in Addicted (2010). She made her film debut in 2016 with the film Looking for Lions. 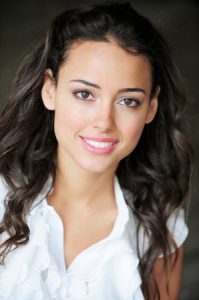 Chelsea Gilligan Facts:
*She was born on May 27, 1991 in Orange County, California, USA.
*She was named Miss California Teen 2009.
*She placed 3rd (2nd runner-up) in the Miss Teen USA 2009 pageant.
*Follow her on Twitter, Facebook and Instagram.