Choi Young-jae is a South Korean singer, songwriter, actor, model and radio DJ. He is best known as a member of the Korean boy group Got7. The group debuted in January 2014 with the release of their first EP Got It?, which peaked at #2 on the Gaon Album Chart and #1 on Billboard’s World Albums Chart. The EP’s lead single “Girls Girls Girls” peaked at #21 on the Gaon Singles Chart. He has also been featured on television in Star King and the 1000 Songs Challenge. 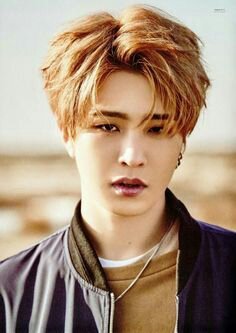 Born on September 17, 1996 in Mokpo-si, South Korea, Choi grew up his older sister and brother. He signed with the JYP training system after advancing past his audition at the music school Mokpo. He graduated in 2015 from Seoul’s Korean Arts High School, and went to Seokyeong University’s Department of Theater and Film.

Choi Young-jae Facts:
*He was born on September 17, 1996 in Mokpo-si, South Korea.
*He won the Vocal Excellence Award at Mokpo Youth Music Festival in 2011.
*Original member of the award-winning K-Pop boy band Got7 along with JB, Jackson Wang, Park Jin-Young, Mark Tuan, BamBam and Kim Yugyeom.
*He registered as an organ donor in 2020.
*He is fluent in both Korean and Japanese.
*He has a pet dog, Coco.
*Follow him on Twitter, SoundCloud and Instagram.