Merritt Wever is an American actress. She is best known for her portrayal of Zoey Barkow on the Showtime series Nurse Jackie, for which she earned an Emmy Award for Outstanding Supporting Actress in a Comedy Series in 2013. She is also known for starring as Mary Agnes McNue in the Netflix period miniseries Godless and Det. Karen Duvall in the Netflix crime miniseries Unbelievable. She has also had supporting roles in the series, Studio 60 on the Sunset Strip, New Girl, and The Walking Dead. Wever’s well-known films include Michael Clayton, Birdman, Signs, All I Wanna Do, Charlie Says, and Marriage Story. 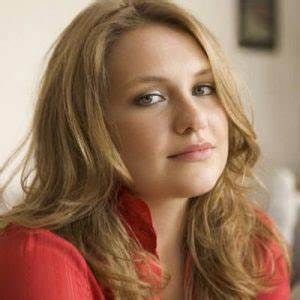 Born Merritt Carmen Wever on August 11, 1980 in Manhattan, New York City, New York, she was raised by her mother, Georgia. She was educated at Fiorello H. LaGuardia High School and Sarah Lawrence College. She also trained in acting in New York.

Merritt Wever Facts:
*She was born on August 11, 1980 in Manhattan, New York City, New York, USA.
*She graduated from Fiorello H. LaGuardia High School and Sarah Lawrence College.
*She began her career appearing in low budget, independent short and feature films.
*She played Zoey Barkow in the Showtime series Nurse Jackie from 2009 to 2015.
*In her spare time, she enjoys spending time with her cat Spooky or going to the theater with a friend.