Chriselle Lim is a Korean-American fashion stylist, beauty blogger and digital influencer. She is best known as the founder of The Chriselle Factor, which won Bloglovin’s Blogger of the Year award in 2016. Lim has amassed more than 750k subscribers to her YouTube channel. She has collaborated with public figures such as Molly Sims, Rachel Zoe, Jenn Im, Amy Pham, and Teni Panosian, and has worked with companies such as Tiffany & Co., Coach, Banana Republic and Victoria’s Secret. She has also walked down the runway in shows such as Rebecca Minkoff’s, and has traveled to Europe, Asia, Los Angeles, New York and Miami for modeling. Born on April 10, 1985 in Texas, to parents Umma and Moon Lim, she has a sister named Jane. Lim lived four years in Seoul during her elementary and middle school days. From 2004 to 2008, Lim attended the Fashion Institute of Design & Merchandising. She is married to Allen Chen with whom she has two daughters Chloe Victoria Chen (born January 18, 2015) and Colette Cali Chen (born September 27, 2018). 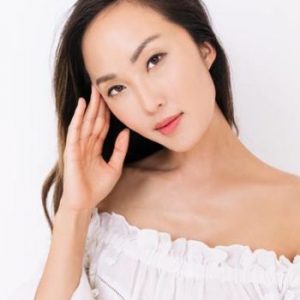 Chriselle Lim Facts:
*She was born on April 10, 1985 in Texas, USA.
*She started her Youtube channel in 2008.
*She worked as an assistant to Hillary Swank’s stylist Tanya Gill.
*She has stated that an early role model of hers was Victoria Beckham.
*Her favorite fashion designers are Marc Jacobs and Raf Simons.
*She is allergic to cats.
*She has a French bulldog named Mignon.
*Visit her official website: www.thechrisellefactor.com
*Follow her on Twitter, YouTube, Facebook and Instagram.