Chrissy Teigen is an American model, television personality and author, best known for her appearances in the Sports Illustrated Swimsuit Issue. She made her debut in the annual Sports Illustrated Swimsuit Issue in 2010 and appeared on the 50th anniversary cover alongside Nina Agdal and Lily Aldridge in 2014. In 2015, Teigen co-hosted the Billboard Music Awards with Ludacris, and Paramount Network’s Lip Sync Battle alongside LL Cool J. On February 23, 2016, Teigen published the best-selling cookbook ‘Cravings.’ 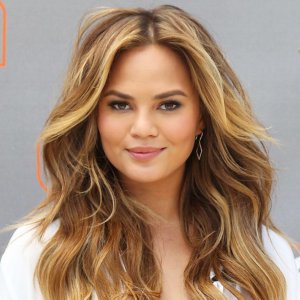 Chrissy Teigen Facts:
*She was born on November 30, 1985 in Delta, Utah, USA.
*Her mother is Thai and her father is of Norwegian descent.
*She graduated from Huntington Beach High School in Huntington Beach, California in 2003.
*One of her first modeling roles as an alternate model on Deal or No Deal.
*She made her modeling debut in the annual Sports Illustrated Swimsuit Issue in 2010.
*She hosted Billboard Music Awards in 2015.
*She is friends with Kelsey Nixon.
*She is married to John Legend with whom she has two children.
*Visit her official website: www.cravingsbychrissyteigen.com
*Follow her on Twitter, YouTube, Facebook and Instagram.