Christina Vidal is an American actress, singer and producer of Puerto Rican descent. She is best known for portraying the role of Angie Vega in the 1993 film Life with Mikey, for which she won two Young Artist Awards. She played the title character in the Nickelodeon sitcom Taina. Her other notable film roles include Brink!, Freaky Friday, and See No Evil. She was born on November 18, 1981 in Whitestone, Queens, New York, USA to Josie, a secretary, and Manny Vidal, a tax consultant and businessman. Her sisters Tanya and Lisa are also actresses. She also has a brother named Christian. She has been married to Marcus Emanuel Mitchell since 2016. 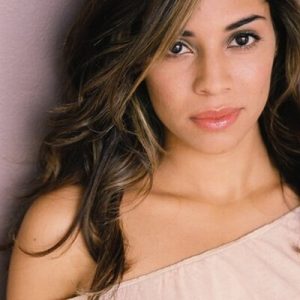 Christina Vidal Facts:
*Both of her parents are Puerto Rican descent.
*Her parents moved from Puerto Rico and settled in New York City.
*She was once a member of a girl singing group, “Gemstone”, along with Jade Villalon and Crystal Celeste Grant.
*Follow her on Twitter, Myspace and Instagram.