Christopher Nolan is a British-American filmmaker, best known for directing the films Memento, Inception, Interstellar, The Prestige, Dunkirk, and The Dark Knight Trilogy. His directorial work have grossed over US$4.7 billion worldwide, making him one of the most commercially successful directors in history. In 2015, Time magazine named him one of the 100 most influential people in the world. In 2019, Nolan was appointed Commander of the Order of the British Empire (CBE) for his services to film. Born Christopher Jonathan James Nolan on July 30, 1970 in London, England, to parents Brendan Nolan and Christina Nolan, he was raised in Highgate. He has an older brother named Matthew and a younger brother named Jonathan. He earned his Bachelor’s degree in English Literature from University College London. Nolan made his directorial debut with Following (1998), followed by his second feature Memento (2000). Since 1997, he has been married to Emma Thomas, with whom he has four children: Flora Nolan, Rory Nolan, Oliver Nolan and Magnus Nolan. 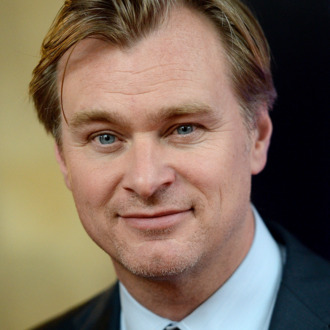 Christopher Nolan Facts:
*He was born on July 30, 1970 in London, England, UK.
*He studied English Literature at University College London.
*He made his directorial debut with Following (1998).
*He is the seventh-highest-grossing director by worldwide box office ($4.705 billion).
*First British director to have a film make one billion dollars at the box office.
*He is the first director to do three live-action film adaptations of the DC Comics character Batman.
*In July 2012, he became the youngest director to be honored with a hand and footprint ceremony at Grauman’s Chinese Theatre in Los Angeles.
*He is the founder of the production company, Syncopy Films.
*He has dual citizenship of British and American.
*He is a huge fan of James Bond, and his favorite James Bond movie is On Her Majesty’s Secret Service (1969).
*His favorite movies are: 2001: A Space Odyssey, The Black Hole, Blade Runner, Chinatown, The Hitcher, Lawrence of Arabia, On Her Majesty’s Secret Service, Star Wars: Episode IV – A New Hope, The Man Who Would Be King and Topkapi.
*He is a huge fan of the rock band Radiohead.
*He is left-handed.
*He is good friends with Zack Snyder.