Cindy Nell is a South African model, television presenter, beauty queen and entrepreneur who was crowned Miss South Africa 2002. She represented her country (South Africa) in Miss Universe 2003 and was placed the second runner-up. She co-founded her beauty line Cosmetix in 2006. She has appeared over 55 magazine covers. Her debut book ‘The Model and Pageant Handbook’ was published in November 2010. Born on October 1, 1981 in Johannesburg, South Africa, Cindy was studying at university when she was crowned Miss South Africa 2002. She is married to Clive Roberts, with whom she has two children. 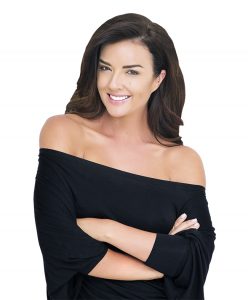 Cindy Nell Facts:
*She was born on October 1, 1981 in Johannesburg, South Africa.
*She was a student when she was crowned the 2002 Miss South Africa.
*She is the co-founder of beauty line Cosmetix (2006).
*In 2017, she founded the women’s empowerment NGO Women4Women.
*Visit her official website: www.cindynell.co.za
*Follow her on Twitter, Facebook and Instagram.