Paraguayan actress, model and television host who was cast as the host of Wild On!, a popular travel series on the E! Entertainment Television channel from 2002 to 2003. She has appeared on several magazine covers including Esquire, Ocean Drive, Shape Magazine, Loft Magazine, Men’s Journal, Vanidades, and Glamour. She has appeared in campaigns for many important fashion houses such as Guess?, Pantene, Rampage, Proactive, Parasuco, Perry Ellis, and Frito Lays. In 2005, Taylor appeared in a cameo role in in the Vince Vaughn, Owen Wilson, Rachel McAdams romantic comedy Wedding Crashers, and landed a supporting role in the independent feature film Descansos, opposite Charles Durning and Gary Busey. Born on April 18, 1977 in Asunción, Paraguay, to a Paraguayan mother and an American father, the family relocated to Clarksburg, West Virginia immediately after she was born. Her parents divorced when she was eight years old and she and her mother moved back to Paraguay. She was discovered by photographer Jesus Roman in Miami, Florida in 1997 and was signed by Irene Marie Models. She has been married to Guillermo Barrail since 2002. 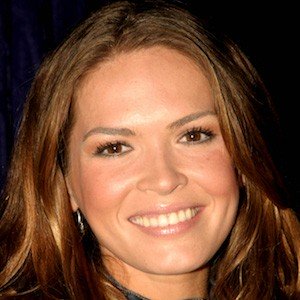 Cindy Taylor Facts:
*She was born on April 18, 1977 in Asunción, Paraguay.
*Her father is from West Virginia and her mother is from Paraguay.
*She was discovered in Miami at the age of 17.
*She speaks English and Spanish fluently.
*She was ranked #98 in Maxim’s Hot 100 2003, ahead of Norah Jones and behind Jolene Blalock.
*She’s served as the Latin American brand ambassador for Proactiv.