Clare Bowen an Australian actress and singer. She is best known for portraying Scarlett O’Connor on the ABC/CMT musical-drama television series Nashville from 2012 to 2018. She has also played prominent roles in the films The Combination, The Clinic, Dead Man’s Burden, and Not Suitable for Children. She has appeared as a guest-star in several television series such as The Cut, Gangs of Oz, Chandon Pictures and Home and Away. As a singer, Bowen released her self-titled debut album on August 31, 2018. Born Clare Maree Bowen on May 12, 1984 in South Coast, Australia, to parents Kathleen and Tony Bowen, she is of Scottish and Irish descent. Bowen has a younger brother named Timothy, a musician. She attended primary school in Dulwich Hill, and received a Bachelor of Creative Arts degree in 2006 from University of Wollongong in New South Wales, Australia. In October 2017, she married musician Brandon Robert Young. 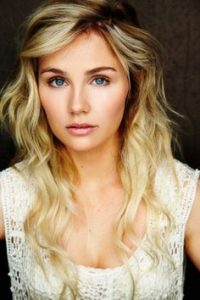 Clare Bowen Facts:
*She was born on May 12, 1984 in South Coast, Australia.
*She belongs to both Irish and Scottish descent.
*She survived cancer as a child.
*She obtained her Bachelor’s from the University of Wollongong in 2007.
*Portrayed Scarlett O’Connor in the ABC/CMT musical-drama television series Nashville written by Academy Award winner Callie Khouri.
*Visit her official website: www.clarebowenofficial.com
*Follow her on Twitter, YouTube, Facebook and Instagram.