Actor, singer and songwriter who wrote The Jackson 5’s No. 2 hit “Never Can Say Goodbye” in 1971. Davis appeared on Broadway as Valentine in Galt MacDermot and John Guare’s musical Two Gentlemen of Verona. From 1974 to 1975, he starred as barber Clifton Curtis in the television show That’s My Mama. He is a minister of a Baptist church and has also operated an interdenominational ministry for many years. Born Clifton Duncan Davis on October 4, 1945 in Chicago, Illinois, to parents Thelma van Putten Langhorn and Toussaint L’Ouverture Davis, he was raised in Mastic, New York. He has a brother, Cedric Davis. He earned a BA in Theology from Oakwood University and a Master of Divinity degree from Andrews University. He has been married three times. 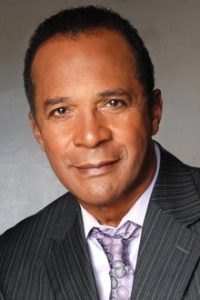 Clifton Davis Facts:
*He was born on October 4, 1945 in Chicago, Illinois, USA.
*He graduated in 1963 from Pine Forge Academy.
*He was an Associate Pastor of the Loma Linda University SDA Church in southern California from 1987 to 1989.
*He is an avid golfer, licensed pilot and a certified scuba diver.
*He is friends with Nancy Wilson, and Anna Maria Horsford.
*Visit his official website: www.cliftondavis.com
*Follow him on Twitter, Facebook and Instagram.