Coby Bell is an American actor. He is best known for his role as Jason Pitts in the comedy-drama series The Game, and as Tyrone Davis, Jr. in the NBC drama series Third Watch. He also portrayed Jesse Porter in the USA Network original series Burn Notice and had a recurring role in the CBS series L.A. Doctors alongside Rick Roberts and Sheryl Lee. Born Coby Scott Bell on May 11, 1975 in Orange County, California, USA, to Kathy A. (Lathrop) and Michel Bell, he is of African-American descent on his father’s side, and of English descent on his mother’s side. He was educated at San Clemente High School, and attended San Jose State University, where he graduated with honors. He made his television debut in 1997 at age eighteen on the series The Parent ‘Hood. Bell has been married to Aviss Pinkney-Bell since June 9, 2001. They have four children: Serrae, Jaena, Quinn and Eli. 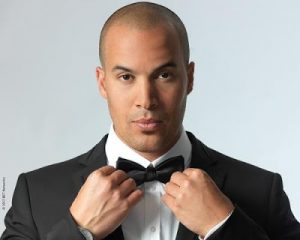 Coby Bell Facts:
*He was born on May 11, 1975 in Orange County, California, USA.
*He was born to an African-American father and a Caucasian mother.
*He is an honors graduate of San Jose State University, CA.
*He enjoys playing tennis and basketball.
*He’s a musician in a reggae band.
*Follow him on Twitter and Instagram.