Coco Gauff is an American tennis player who is the youngest player ranked in the top 100 by the Women’s Tennis Association. She achieved a career-high singles ranking of World No. 30 on May 17, 2021, and a doubles ranking of world No. 42 on February 3, 2020. Turning professional in 2018, Gauff won her first WTA singles title at the 2019 Linz Open at the age of 15, making her the youngest singles title-holder on the WTA Tour since 2004. She also has won three WTA doubles titles with compatriot and fellow teenager Caty McNally. Gauff rose to prominence with an upset win over Venus Williams in the opening round at Wimbledon in 2019. 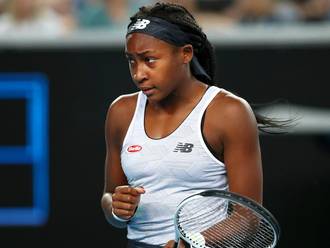 Born Cori Gauff on March 13, 2004 in Delray Beach, Florida, to athletic parents, her father, Corey Gauff, was a basketball player at Georgia State University and her mother, Candi Gauff, ran track and field at Florida State University. She has two younger brothers named Codey and Cameron.

Coco Gauff Facts:
*She was born on March 13, 2004 in Delray Beach, Florida, USA.
*She started playing tennis at the age of seven.
*She became the second-youngest to win the Junior French Open in 2018.
*She made her WTA Tour debut in March 2019 at the Miami Open and won her opening match.
*She was the youngest player overall to qualify for the main draw at Wimbledon, and the youngest female to qualify for a tournament main draw in any Grand Slam event.
*Follow her on Twitter, Facebook and Instagram.