Ranveer Singh is an Indian actor who works predominantly in Hindi films. One of the highest-paid Indian actors, Ranveer is the recipient of several awards, including four Filmfare Awards, and has been featured in Forbes India’s Celebrity 100 list since 2012. He has starred in such films as Band Baaja Baaraat, Goliyon Ki Raasleela Ram-Leela, Bajirao Mastani, Padmaavat, Simmba, and Gully Boy. 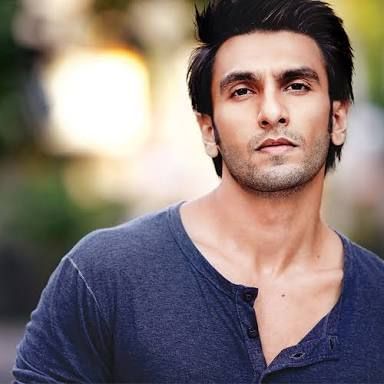 Born Ranveer Singh Bhavnani on July 6, 1985 in Mumbai, India, into a Sindhi family, to Anju and Jagjit Singh Bhavnani, he has an elder sister named Ritika Bhavnani. He attended H.R. College of Commerce and Economics in Mumbai, and has a Bachelor of Art degree from Indiana University. Singh is married to his frequent co-star Deepika Padukone.

Ranveer Singh Facts:
*He was born on July 6, 1985 in Mumbai, India.
*He began working as an Assistant Director.
*He made his acting debut in 2010 with a leading role in Yash Raj Films’ romantic comedy Band Baaja Baaraat, for which he won the Filmfare Award for Best Male Debut at the 56th Filmfare Awards
*In 2014, Ranveer won a Lions Gold Award for Best Male Actor for his performance in Sanjay Leela Bhansali’s adaptation of William Shakespeare’s Romeo and Juliet, titled Goliyon Ki Raasleela Ram-Leela.
*He had a celebrity crush on Madhuri Dixit, Raveena Tandon, and Sonali Bendre.
*He is die hard fan of WWE and Superstar Legend Hulk Hogan.
*Follow him on Twitter, YouTube, Facebook and Instagram.