Cody Horn is an American television and film actress and model. She is best known for her role as Emily in the series Rescue Me as well as in the films Magic Mike, Demonic, Worst Friends, and Occupant. She guest starred on three episodes of The Office. She starred as Lynetta Loski in the film adaptation of Wendelin Van Draanen’s novel, Flipped (2010). Born Cody Harrell Horn on June 12, 1988 in Los Angeles, California, USA, her mother Cindy Horn (Harrell), is a former model and actress, and her father Alan F. Horn, is an entertainment executive. Her sister, Cassidy, is also an actress. Cody graduated from New York University’s Gallatin School with a Bachelor’s degree in Philosophy. She began her career as a model, appearing in the Ralph Lauren, Polo Jeans, Izod, Ruehl, and Give Campaign. 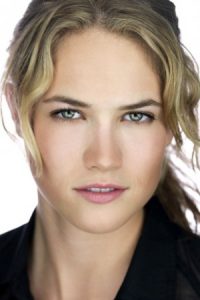 Cody Horn Facts:
*She was born on June 12, 1988 in Los Angeles, California, USA.
*She is the daughter of Cindy Harrell and Alan Horn.
*She is a 2006 graduate of Harvard-Westlake School.
*She played Jordan Garfield in the NBC comedy series The Office.
*Follow her on Instagram.