Constance Wu is an American actress. She is best known for playing the role of Jessica Huang in the ABC comedy series Fresh Off the Boat, for which she has been nominated for two TCA Awards and four Critics’ Choice Television Awards. She is also known for her role as Rachel Chu in the 2018 romantic comedy-drama film Crazy Rich Asians, for which she was nominated for the Golden Globe Award for Best Actress in a Comedy or Musical and the Screen Actors Guild Award for Outstanding Performance by a Cast in a Motion Picture, among others. In 2018, she starred in the smash romantic comedy hit Crazy Rich Asians as Rachel Chu. Born Constance Tianmin Wu on March 22, 1982 in Richmond, Virginia, her parents were immigrated to the United States from Taiwan, Her dad, Dr. Fang-Sheng Wu, is a professor at Virginia Commonwealth University and her mother is a computer programmer. She has two older sisters and one younger sister. She graduated from Douglas S. Freeman High School, in Henrico County, and studied acting at the Lee Strasberg Theatre and Film Institute. She later graduated from State University of New York at Purchase’s Conservatory of Theatre Arts with a bachelor of fine arts in acting in 2005. She made her theatrical film debut in the drama Stephanie Daley in 2006. 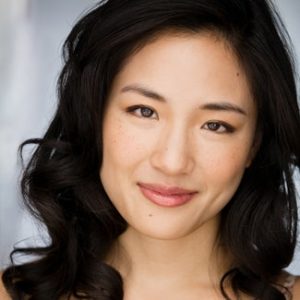 Constance Wu Facts:
*She was born on March 22, 1982 in Richmond, Virginia, USA.
*She is of Taiwanese descent.
*Her parents were immigrated to the United States from Taiwan.
*Her paternal grandparents were illiterate bamboo farmers.
*She made her screen debut as Jenn in the drama film Stephanie Daley in 2006.
*She was named on the annual Time 100 list of the most influential people in the world in 2017.
*She is an avid long-distance runner.
*She has a pet bunny, Lida Rose.
*Follow her on Twitter, Facebook and Instagram.