Cora Skinner is an American glamour model and actress. She is known for her appearances in pictorials and features in Maxim USA, Maxim in Spain, FHM (USA), Maxim Belgium, Muscle & Fitness, and Playboy’s lingerie catalog. She has appeared on the magazine cover photo of Hot Bike and Import Tuner. Born Cora Leigh Skinner on June 18, 1985 in Alexandria, Virginia, USA, she was raised in Creston, California on a large ranch. She has an older sister, who studied fashion design. Cora attended at California State University, Long Beach. She made her debut on the model trading cards in 2006. She dated actor Evan Ross from 2008 to 2012. She was previously in a relationship with Brody Jenner from January 2008 to April 2008. 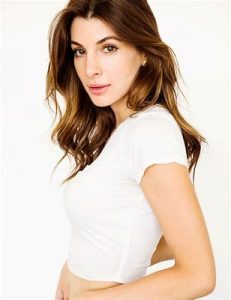 Cora Skinner Facts:
*She was born on June 18, 1985 in Alexandria, Virginia, USA.
*She is skilled in cheerleading, diving, aerobics, dancing, gymnastics, horseback riding, pistol and rifle shooting.
*She debuted on the model trading cards in 2006.
*She has her own jewelry line called ‘Steel Trap Jewelry‘.
*Follow her on Twitter, Facebook and Instagram.