Cory Booker is an American politician serving as the junior United States Senator from New Jersey since 2013. He is a member of the U.S. Democratic Party. Previously, he served as mayor of Newark from 2006 to 2013. In February 2019, Booker announced his presidential campaign for the 2020 presidential election. Born Cory Anthony Booker on April 27, 1969, in Washington D.C., to civil rights activists Cary Alfred Booker and Carolyn Booker, he grew up in Harrington Park, New Jersey. He has one brother named Cary Booker II. Booker earned a bachelor’s degree in political science and a master’s degree in sociology at Stanford University. He also attended Yale Law School, where he received his Juris Doctor. In December 2018, Booker began dating actress Rosario Dawson. 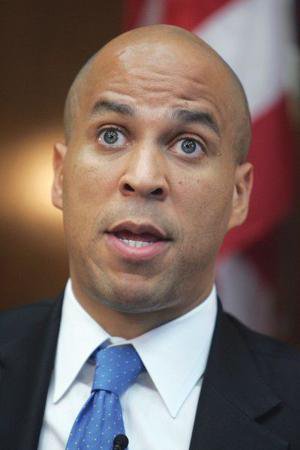 Cory Booker Facts:
*He was born on April 27, 1969 in Washington, District of Columbia, USA.
*He played collegiate football at Stanford.
*He is the first African-American U.S. Senator from New Jersey.
*His favorite author is James Baldwin.
*He is fluent in Spanish.
*Visit his official website: www.corybooker.com
*Follow him on Twitter, LinkedIn, YouTube, Facebook and Instagram.