Countess Vaughn is an American actress, singer and TV personality. She is best known for her portrayal of Kim Parker on the UPN sitcoms Moesha and its spin-off The Parkers. Vaughn was cast as Alexandria DeWitt in the fourth season of NBC sitcom 227, and starred in the TV One reality series Hollywood Divas, alongside Golden Brooks, Paula Jai Parker, and Lisa Wu. She has also appeared as a guest-star in several television series such as Hangin’ with Mr. Cooper, Roc, Thea, Goode Behavior, Cuts, and Let’s Stay Together. Born Countess Danielle Vaughn on August 8, 1978 in Idabel, Oklahoma, to parents Sandra and Leo Vaughn, she began her career at age three in 1981, singing at church. Vaughn had her first acting role at age 10 as Alexandria DeWitt in 227. She married Joseph James in 2002, and the couple had a son named Jaylen in 2003 before getting divorced in 2005. She also has a daughter named Sasha with ex-fiancé, David Whitten. 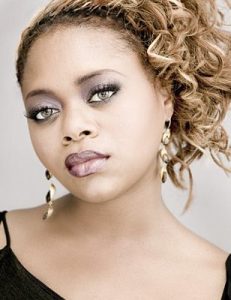 Countess Vaughn Facts:
*She was born on August 8, 1978 in Idabel, Oklahoma, USA.
*She began her career in 1981 at age 3.
*She played Kim Parker on the UPN sitcoms Moesha and its spin-off The Parkers.
*In January 2006, she appeared in the third season of Celebrity Fit Club.
*Follow her on Twitter, YouTube and Instagram.