Cut Tari is an Indonesian actress, model, and presenter, known for her performance in the TV show Insert. She is also known for her starring role in Pena Asmara, Kafe Biru, Sentuhan Lembut, Ratapan Anak Tiri, Aku Bukan Aku, and Aku Bukan Anak Haram. She was born on November 1, 1977, in Jakarta, Indonesia as Cut Tari Aminah Anasya. She has three siblings. She attended Stamford College in Jakarta. She married Johannes Yusuf Subrata in 2004, and the couple had a daughter named Sidney Azkassyah in 2007 before getting divorced in 2014. In December 2019, Tari married Richard Kevin in Jakarta. 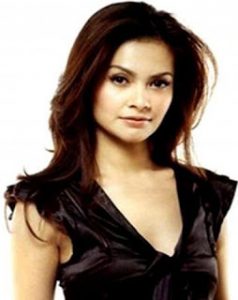 Cut Tari Facts:
*She was born to Teuku Joesransjah in Jakarta, Indonesia.
*Her acting career began when she was invited to guest star in the comedy soap opera Dongeng Langit.
*She became the subject of gossip in 2010 when a p*rnographic video (Sex Scandal) of her with Nazril Irham was posted online.
*Follow her on Instagram.