D. W. Moffett is an American actor. He is best known for television roles such as Joe McCoy in Friday Night Lights, Bob Hardy in Hidden Palms, Dean Winston in For Your Love, John Kennish in Switched at Birth and Elliott in Happily Divorced, as well as film roles such as Det. Lydecker in Falling Down, Richard in Stealing Beauty, Richard in Lisa, Capt. Von Barring in The Misfit Brigade, Jeff Sheridan in Traffic and Travis Freeland in Thirteen. Born Donald Warren Moffett on October 26, 1954 in Highland Park, Illinois, he grew up in Wilmette, Illinois, a suburb of Chicago. He attended a private secondary school in Germany and graduated from Stanford University with a degree in International Relations. He is married to Kristal Rogers with whom he has two children. 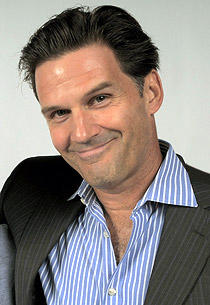 D. W. Moffett Facts:
*He was born on October 26, 1954 in Highland Park, Illinois, USA.
*He graduated with a degree in International Relations from Stanford University.
*He took the stage name of “D. W.” to avoid confusion with British actor Donald Moffat.
*He won a Screen Actors Guild Award for Steven Soderbergh’s Traffic.
*He is a founding member of Chicago’s Remains Theatre Ensemble.
*He was named chair of the film and television program at the Savannah College of Art and Design in 2017.
*Follow him on Twitter and Instagram.