Daniel Radcliffe is a British actor of film, television and stage. He is best known for portraying Harry Potter in the Harry Potter film franchise during his adolescence and early adulthood. He has also played lawyer Arthur Kipps in the horror film The Woman in Black, Victor Frankenstein’s assistant, Igor, in the science fiction fantasy Victor Frankenstein, the poet Allen Ginsberg in the film Kill Your Darlings, Manny, a sentient corpse in the comedy-drama Swiss Army Man, technological prodigy Walter Mabry in the heist thriller film Now You See Me 2, and FBI agent Nate Foster in the thriller Imperium. In 2018, Radcliffe began starring in the TBS anthology television series Miracle Workers. Born Daniel Jacob Radcliffe on July 23, 1989 in Fulham, London, England, he is the only child of Marcia Jeannine Gresham and Alan George Radcliffe. He was educated at Redcliffe School, City of London School, and Sussex House School. Since 2012, he has been dating Erin Darke, whom he met on the set of Kill Your Darlings. 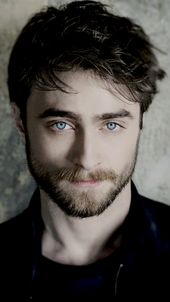 Daniel Radcliffe Facts:
*He was born on July 23, 1989 in Fulham, London, England, UK.
*He started acting in school plays when he was in primary school.
*He made his acting debut at age 10 in BBC’s adaptation of Dickens’ David Copperfield (1999).
*He played the role of Harry Potter in the eight-movie film trilogy of the same name between 2001 and 2011.
*He has two border terriers named Nugget and Binka.
*He is a huge fan of Red Hot Chili Peppers.
*His favorite actors include Christina Ricci, Aishwarya Rai Bachchan, Cameron Diaz, Scarlett Johansson, and Ben Stiller.
*He is a huge fan of cricket legend Sachin Tendulkar.
*From 2007 to 2008, he dated actress Laura O’Toole.
*From 2010 to 2012, he dated Rosie Coker.
*Follow him on Instagram.