Portuguese-American actress, Daniela Ruah is most famous for her portrayal of NCIS Special Agent Kensi Blye in the CBS police procedural series NCIS: Los Angeles. Daniela made her first film appearance in Portuguese short film Canaviais for her role as Margarida in 2006. She had her TV debut as Sara in Portuguese soap opera Jardins Proibidos in 2000. Born Daniela Sofia Korn Ruah on December 2, 1983 in Boston, Massachusetts, to Katharina Lia Azancot Korn and Moisés Carlos Bentes Ruah, she lived in the US until she was 5. She has been married stunt double David Paul Olsen since 2014. They have two children: son, River and daughter Sierra. 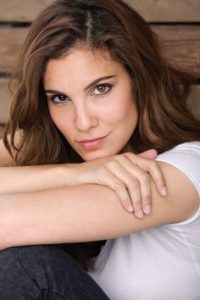 Daniela Ruah Facts:
*Her father was a surgeon and her mother an otologist.
*She began her acting career at the age of 16, appearing in Portuguese dramas.
*She has nevus of Ota in her right eye.
*Follow her on Twitter, Facebook and Instagram.