Danielle Harris is an American film and television actress. She is considered as a scream queen for her multiple horror film roles. She is known for her roles in four films of the Halloween series. Danielle was born as Danielle Andrea Harris on June 1, 1977 in Plainview, Long Island, New York, USA. She was raised by her single mother, Fran. She belongs to Jewish descent. She has a younger sister, Ashley. In 2014, she married David Gross, and the couple have a son, Carter Davis Gross. 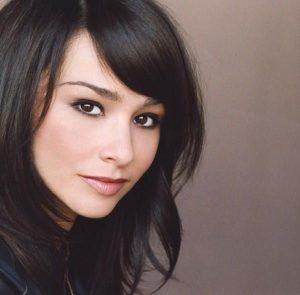 Danielle Harris Facts:
*She was raised by her single mother, Fran.
*She began her career as a model.
*She has a fear of fish.
*She is friends with actress Jennifer Blanc-Biehn, Kimberly McCullough and Brianne Davis.
*Follow her on Twitter and Facebook.

“The characters I’ve played as an actress have been really challenging and emotionally rewarding, but there was just something missing. I was finding over and over again that directors were looking to me to help with troubles on set as far as characters’ relationships, special effects and story points were concerned.” – Danielle Harris