Danielle Jonas is an American reality TV star and former hairdresser who rose to international fame as Kevin Jonas’s wife. She starred alongside her husband Kevin in the reality show Married to Jonas. Dani was born on September 18, 1986 as Danielle Deleasa in Denville, New Jersey, USA. She is the daughter of Angela and Thomas Deleasa. She belongs to Italian descent. She has two sisters named Kathleen and Dina and a brother named Michael. In 2009, she married Kevin Jonas, the eldest member of the Jonas Brothers pop music. They have two children. 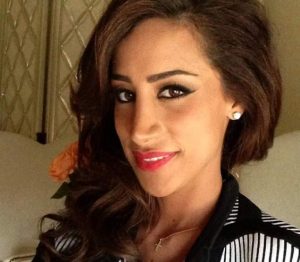 Danielle Jonas Facts:
*She is the younger sister of Dina Deleasa, Mike Deleasa and Kathleen Deleasa.
*She belongs to Italian descent.
*She first met Kevin Jonas on the beach in the Bahamas in 2007.
*She starred alongside her husband Kevin in the reality show Married to Jonas.
*Follow Dani on Twitter, Facebook and Instagram.