David de Gea is a Spanish professional footballer. He plays for Premier League club Manchester United and the Spain national team as a goalkeeper. One of the best goalkeepers in the world, De Gea began his youth career at age 10 with Atlético Madrid, and made his senior debut in 2009, at age 18. De Gea joined Premier League club Manchester United in June 2011 for £18.9 million, a British record for a goalkeeper at the time. 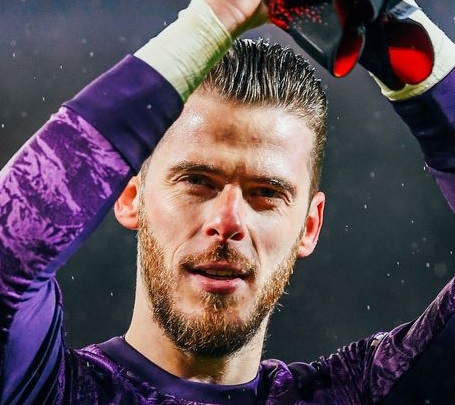 David de Gea Facts:
*Born on November 7, 1990 in Madrid, he was raised in Illescas.
*He began his youth career at age 10 with Atletico Madrid.
*He started playing at the senior level for Atlético Madrid in 2009, and lead Madrid to a UEFA Europa League title in 2010 and a UEFA Super Cup Championship in 2010.
*He joined Premier League club Manchester United in 2011.
*He made appearances on Spain’s U21 and U23 national teams and made his debut for the Spain national team in 2014.
*He has a daughter named Yanay with Spanish singer Edurne.
*Follow him on Twitter, Facebook and Instagram.