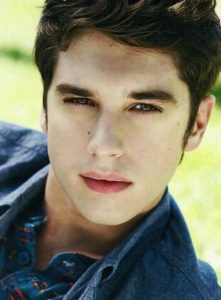 David Lambert Education:
He was home-schooled.

David Lambert Facts:
*He was discovered in Atlanta by agent Joy Pervis. (2006)
*He is fluent in Spanish.
*He plays piano and guitar.
*His favorite movies are the “Lord of the Rings” trilogy, The Departed, Star Wars, and The Goonies.
*Follow him on Twitter and Instagram.