Actress Debra Winger was born Mary Debra Winger on May 16, 1955 in Cleveland Heights, Ohio, the daughter of Robert and Ruth Winger. She is from a Jewish family (originally from Austria-Hungary and the Russian Empire). She gained critical acclaim for her performance in Urban Cowboy in 1980. Winger has been nominated three times for the Academy Award for Best Actress: for An Officer and a Gentleman, Terms of Endearment, and Shadowlands. She won the National Society of Film Critics Award for Best Actress for Terms of Endearment, and the Tokyo International Film Festival Award for Best Actress for A Dangerous Woman. Winger is with the height 5 feet 4 inches in tall. She wears a size 9.5 shoe. Her zodiac sign is Taurus. 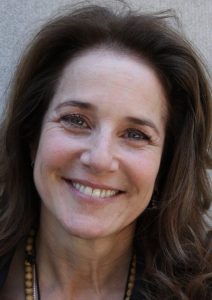 Debra Winger Facts:
*Sister-in-law of actor/writer Jim Howard.
*Friends with Sheena Easton.
*She has been nominated three times for the Academy Award for Best Actress.