Deepika Padukone is an Indian film actress born in Copenhagen, Denmark. One of India’s highest-paid and most popular actresses, Padukone has received numerous awards, including three Filmfare Awards. Padukone came to prominence after being cast in the 2007 film Om Shanti Om opposite Shah Rukh Khan, for which she won the Filmfare Award for Best Female Debut. Her other notable film appearances include Love Aaj Kal, Chandni Chowk to China, Cocktail, Bajirao Mastani, Chennai Express, Goliyon Ki Raasleela Ram-Leela, Piku, Lafangey Parindey and Bachna Ae Haseeno. Born on January 5, 1986 in Copenhagen, Denmark, to Ujjala and Prakash Padukone, her father is a badminton legend. She has a younger sister named Anisha. Her family moved from Denmark to India shortly after she was born. She was educated at Sophia High School in Bangalore and Mount Carmel College. She worked as a model before she began a career in film. On November 14, 2018, she married actor Ranveer Singh in a traditional Konkani ceremony at Lake Como, Italy. 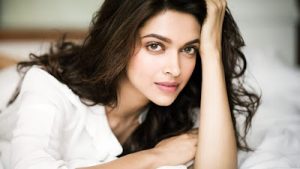