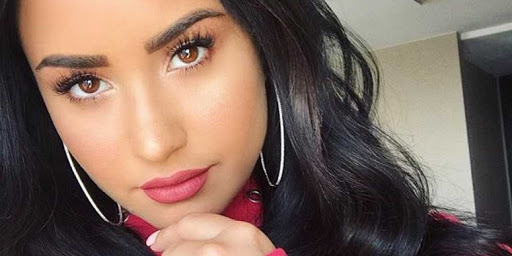 Demi Lovato Education:
She received her high-school diploma through homeschooling in May 2009.

Demi Lovato Facts:
*She was born on August 20, 1992 in Albuquerque, New Mexico, USA.
*Her parents divorced shortly after her second birthday.
*Her ancestry includes Spanish, Native American, Portuguese, Jewish, English and Irish.
*She began playing piano at age 7 and guitar at 10.
*Time magazine named her one of the 100 most influential people in the world in 2017.
*She cites Christina Aguilera and Kelly Clarkson as her biggest influences.
*She has also cited Britney Spears, Rihanna, Mariah Carey, Keri Hilson, Jennifer Lopez, Aretha Franklin, Gladys Knight, Whitney Houston, Alexz Johnson, Billie Holiday, the Spice Girls and Billy Gilman as influences.
*She is good friends with Meaghan Martin, Anna Maria Perez de Tagle, Alyson Stoner and Jasmine Richards.
*Her role model is Kelly Clarkson.
*Her favorite band is Paramore.
*In 2016, she started training in Brazilian jiu-jitsu.
*She has a tattoos on her right side which says “You Make Me Beautiful”, and on her left wrist is the word “Stay”, while on her right is the word “Strong”.
*Visit her official website: www.demilovato.com
*Follow her on Twitter, YouTube, SoundCloud, Facebook and Instagram.