Issa Lish is a Mexican-Japanese fashion model who has appeared on several magazine covers including Vogue México, Vogue Italia, Vogue Thailand, Vogue Japan, ODDA and Glass UK. She became the third Mexican model to be featured on the cover of Vogue Italia – the first being Elsa Benítez and the second, Liliana Domínguez. She has also worked with such designers as Alexander Wang, Prabal Gurung, Céline, Anna Sui, Prada, Balmain, Marc Jacobs, Givenchy, Jean-Paul Gaultier. Lish was part of the 2014 Fall-Winter Campaign of Balmain, the Marc Jacobs 2015 Spring Campaign, the 2016 Spring-Summer Campaign of Givenchy, and the 2016 Fall-Winter Alexander Wang Campaign. She is represented by the agencies Elite Model Management (New York), Women Management (Paris, Milan), The Squad (London), Scoop Models (Copenhagen), and WANTED & BANG! Management (Mexico City). Born on May 3, 1995 in Mexico City, Mexico, to a Mexican mother and a Japanese father, she was discovered at age 14 by a modeling agent while working at her father’s sushi restaurant. 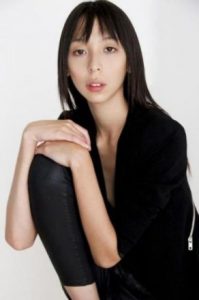 Issa Lish Facts:
*She was born on May 3, 1995 in Mexico City, Mexico.
*She is of Japanese descent on her father’s side.
*Notable for her distinctive look and has been described as jolie laide.
*She never wanted to become a model.
*At the age of 14, she was discovered by a modeling agent while working at her father’s sushi restaurant.
*She is the third Mexican model to grace the cover of Vogue Italia.
*Her fragrance of choice is Tom Ford Jasmin Rouge.
*Her beauty icon is her mom.
*Follow her on Twitter, Facebook and Instagram.