Dewi Persik is an Indonesian actress and singer best known as a dangdut singer. Her debut album, Bintang Pentas, was released in 2003. She made her television debut in 2008 appearing in the series Tali Pocong Perawan. She played title character in the films, Laila and Centini. Born as Dewi Muria Agung on December 16, 1985, in Jember, East Java, Indonesia, she is the daughter of Mochammad Aidil and Sri Muna. She is the youngest of four children. She was married to Aldiansyah Taher and Saiful Jamil. She has one son named Felice Gabriel. 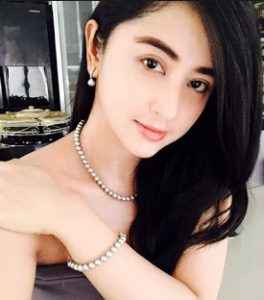 Dewi Persik Facts:
*She is the youngest of four children of her parents.
*She was given the stage name Persik after the Indonesian word for peach, which is thought to bring good luck in Chinese culture.
*Follow her on Twitter and Instagram.