Diana Staehly is a German actress. She is best known for portraying Patrizia Ortmann on the ZDF series Die Rosenheim-Cops from 2007 to 2015. She is also known for her role in the series Die Anrheiner and for her role as Tanja Steinke in the comedy series Stromberg. Staehly’s other notable works include Unter uns, Stromberg – The Movie, Cologne P.D., and König von Kreuzberg. Born on October 31, 1977 in Cologne, North Rhine-Westphalia, West Germany, her training started in 1997, when she first took private acting lessons. She also trained at the Hollywood Acting Workshop in Cologne in 2000. In 2001, Staehly moved to New York City and studied at the Lee Strasberg Theatre and Film Institute. She studied media and cultural studies from 2002 to 2006. In 2007, Staehly married director René Wolter.They have a daughter together. 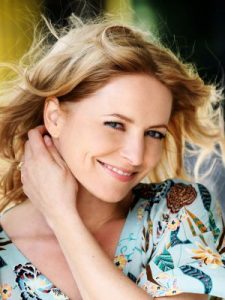 Diana Staehly Facts:
*She was born on October 31, 1977 in Cologne, North Rhine-Westphalia, West Germany.
*In 2000, she trained at the Hollywood Acting Workshop in Cologne.
*Studied media and cultural studies from 2002 to 2006.
*She made her film debut in the German comedy Stellungswechsel (2007), starring Sebastian Bezzel and Florian Lukas.
*Visit her official website: www.dianastaehly.com
*Follow her on Facebook and Instagram.