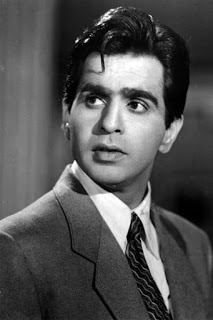 Born Mohammed Yusuf Khan on December 11, 1922 in Qissa Khwani Bazaar, Peshawar, Pakistan, to parents Ayesha Begum and Lala Ghulam Sarwar Khan, he was raised along with his 12 siblings. Kumar completed his schooling from Barnes School, Deolali in the Nashik district of Maharashtra. He had a long relationship with actress Madhubala but never married her. He was married to actress and dancer Saira Banu from 1966 until his death in 2021.

Dilip Kumar Facts:
*He was born on December 11, 1922 in Qissa Khwani Bazaar, Peshawar, Pakistan.
*His family moved to Bombay (now Mumbai) from Peshawar in the late 1930s.
*He made his acting debut in 1944 with Jwar Bhata.
*He changed his name from Yousuf to Dilip on the request of Devika Rani.
*He received the first Filmfare Award for Best Actor in 1954 for his role as Shankar in the film Daag.
*He holds the Guinness World Record for winning the maximum number of awards by an Indian actor.
*Follow him on Twitter.