Dima Bayaa is a Syrian actress. She is best known for the television work on series such as Sabaya, Al biet Al kbeer and Hamam Shami (Syrian Bath). Dima’s other credits include Girls Okrakoz (2003) and Asaad Al-Warraq (2010). Born Dima Hazem Bayaa on December 3, 1978 in Syria, she is the daughter of actress Maha Al Masri and cinematographer Hazem Bayaa. She holds a Bachelor’s degree in English literature. She made her screen debut in 1998’s Al Kawasr. She married Melanie Taim Hasan in 2002, and the couple had sons Ward and Fahad before getting divorced in 2012. In 2014, she married Ahmed El Helw. 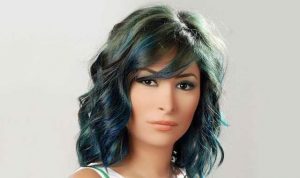 Dima Bayaa Facts:
*She was born on December 3, 1978 in Syria.
*She is the niece of actress Salma Almasri.
*She did the Arabic dubbing for Maria in The Godfather Part III.