Diplo is an American DJ, songwriter, and record producer, best known as the co-creator and lead member of the electronic dancehall music project Major Lazer. Diplo’s 2013 EP, Revolution, debuted at number 68 on the US Billboard 200. The EP’s title track was later featured in a commercial for Hyundai and is featured on the WWE 2K16 soundtrack. He wrote the Grammy-nominated song “Paper Planes” with Sri-Lankan pop star M.I.A. In 2016, Diplo received Grammy Awards for Best Dance/Electronic Album for Skrillex and Diplo Present Jack Ü and Best Dance Recording for “Where Are Ü Now”. Born Thomas Wesley Pentz on November 10, 1978 in Tupelo, Mississippi, to parents Barbara Jean (née Cox) and Thomas Pentz, he belongs to both German and English descent. He was educated at University of Central Florida and Temple University in Philadelphia. He has dated M.I.A., Kathryn Lockhart and model Jevon King. He has three sons. 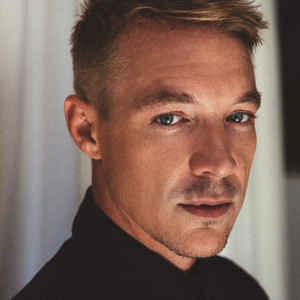 Diplo Facts:
*He was born on November 10, 1978 in Tupelo, Mississippi, USA.
*His real name is Thomas Wesley Pentz.
*His parents are Barbara Jean (née Cox) and Thomas Pentz.
*He is known for his works with DJ Skrillex.
*He has worked as an English teacher in Japan and a school teacher in Philadelphia, Pennsylvania.
*He is a soccer and cricket fan and supporter of the U.S. men’s national team.
*He supports Arsenal F.C. and also an active fan of the Philadelphia 76ers.
*Visit his official website: www.diplo.com
*Follow him on Twitter, SoundCloud, Facebook, YouTube and Instagram.