Disha Patani is an Indian actress who is best known for her work in Hindi films. Patani began her acting career with the 2015 Telugu film Loafer, and starred in Neeraj Pandey’s M.S. Dhoni: The Untold Story, a biographical sports film based on the life story of Mahendra Singh Dhoni, the former captain of the Indian Cricket Team. She played Asmita in Jackie Chan’s Kung Fu Yoga, along with Sonu Sood. She has also starred in the films Baaghi 2, Malang, Bharat and Radhe. She has also been featured on the cover of a number of publications including Bazaar, GQ and Forbes India. 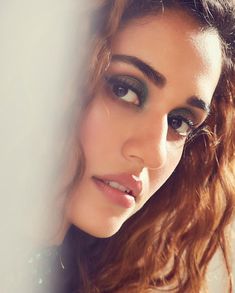 Disha Patani Facts:
*She was born on June 13, 1992 in Bareilly, India.
*She graduated from Amity University with a Bachelor of Technology degree in computer science and engineering.
*She placed second at the Femina Miss India Indore in 2013.
*She began her acting career with the 2015 Telugu film Loafer as Mouni.
*She made her Hindi debut in the sports biopic M.S. Dhoni: The Untold Story (2016).
*She has been in a relationship with actor Tiger Shroff.
*Follow her on Twitter, Facebook and Instagram.